The exhibit of over 100 original drawings and prints is as labeled, “mesmerizing!” On April 12, I and three other Borderland artists made the familiar and easy drive to see this exhibit. We were so drawn in by the fantastic imagination of M.C. Escher we lost track of time. I was surprised when a docent came up to our group to say it was closing time! The exhibit has a great deal of variety. We were enticed by Escher’s use of the many forms of printmaking, the woodcut, mezzotint and lithograph. Included were a lithographic stone and the final print in an edition showing the destroyed block in a woodcut series. One of my favorite moments was a video interview with one of the artist’s sons who described what life was like sharing puzzles, games and Sundays of maze s built on the living room floor! The images remain in my memory today, just as clear as if I were still in the gallery. The collection is from the Herakleidon Museum in Athens, Greece. I think it is a rare opportunity for us all. Accompanying this very large collection were three other smaller but just as exciting exhibits, all of which reflected the theme of drawing, printmaking and illusion. The Woodson is a bright spot in our universe and we are so fortunate to live just a couple of hour’s drive away. 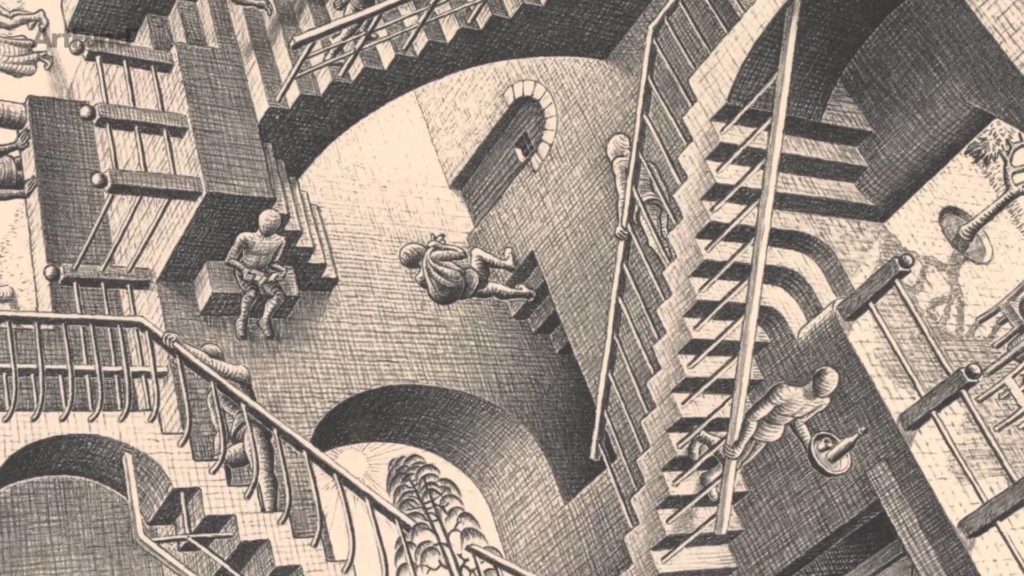