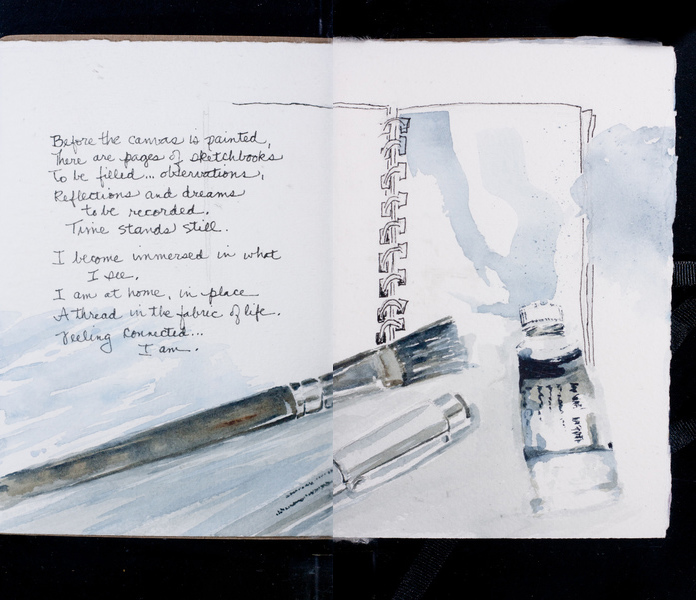 The winter of 2018 held an exciting project for several of our Borderland Arts members. The Sketchbook Project provided the opportunity to choose a theme, think of a title, and fill sketchbooks with original artwork, captions, and stories. In April, books could be sent to the Brooklyn Art library for housing with more than 30,000 other books. First however, all books would be digitized, and put on tour to major cities. Completing the process were Melisse Carr, Jane Landwehr, Terry O’Connor, Sharon Schmeltzer, Gail Stanek and Darlene Strand. Their books have all been digitized and are currently on tour to Toronto, Chicago and Atlanta.

Books can be viewed at www.sketchbookproject.com. Click on the Digital Library Tab and enter the artist’s name. All names can be entered as listed except for Terry – for some reason, his was entered as Terrence O’Connor.