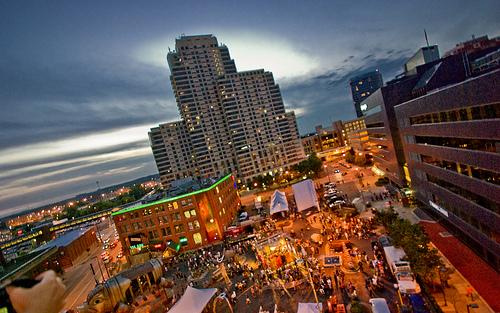 It was a grand trip to Grand Rapids for the eighth annual ArtPrize fest. It was an especially pleasurable journey downstate when one’s spouse (Darlene Strand) was among the chosen artists. ArtPrize is a big deal. Really big. About 14,000 artists from around the world apply; approximately, and only, 10% are chosen. The entries come from roughly 45 states and a few dozen foreign countries. And that ten percent represents some of the most unique, creative, sometimes outlandish, always interesting art imaginable. The artwork is displayed at 170 venues around the city, mainly in downtown Grand Rapids, as well as at the Frederik Meijer Gardens & Sculpture Park, which we’re happy to tell you is alone worth the seven hour ride from the Upper Peninsula. (More on the Meijer Gardens in an upcoming Blog).

BY THE NUMBERS. Some 51 artists from the U.P. are showing their work in ArtPrize. It is not only an exhibition but also a competition, with a total of $500,000 awarded. Recipients are judged by the public as well as by a jury of professional artists. The entries fall into four categories: Two-Dimensional, Three-Dimensional, Time-Based, and Installation. ArtPrize has been described by The Art Newspaper as the most attended public art event on the planet! An estimated 500,000 people will see this year’s festival.

VENUE VARIETY. Venues include locations you would expect, such as galleries, museums, and public parks. Other locales are lobbies (particularly at downtown hotels and theaters), buildings of many sorts, restaurants, bars, bridges, retail stores, walls, churches, markets, even the Department of Corrections, body shops and laundromats. In short, Grand Rapids – both indoors and outside – becomes a gigantic kaleidoscope of the visual arts. Represented are nearly all art forms, including abstract, traditional, modern, graphics, calligraphy, industrial arts, sculpture, photography, etching, ceramics and lots more.

THE CITY. Grand Rapids is a progressive, diverse and really cool city. And one with a sense of humor: a large office building downtown is called The BOB, short for Big Old Building. It is quite-community minded, with hundreds of volunteers in brightly-colored vests, emblazoned with the legend “Ask Me.” They are friendly, well-informed, and help visitors navigate the various and dizzying array of venues. ArtPrize was founded by the DeVos family and their DeVos Place and Performance Center is a key venue in the downtown area, with a large and impressive display of art. If perchance you’ve missed this year’s ArtPrize, we highly recommend it for the future. You’ll truly enjoy it.

The fairer gender in Borderland as well as women around the world are exceedingly benevolent souls; they are people who genuinely and generously support worthwhile causes. The Dickinson County chapter of 100+ Women Who Care demonstrates an unceasing commitment to the community four times a year when its members open their pocketbooks for organizations in need. (The local group’s name has become somewhat of a misnomer as their membership has soared to over 500). At the most recent gathering in August, some $23,000 went to Norway’s Grace United Methodist Missions. The money will go towards the Community Food Pantry, the Coat Closet, the Good Samaritan Fund and other Grace United programs. The Dickinson County 100+ Women Who Care have raised and donated more than $300,000 to local organizations and non-profit charities since it started in 2012.

Another Borderland women’s group is the local chapter of Bras for a Cause. It, too, is a sterling example of magnanimous women at work, selflessly fighting the good fight to end breast cancer. They will hold their eighth annual Bras for Cause fundraising program on November 5 at the Pine Grove Country Club, sponsored by the Iron Mountain-Kingsford Credit Union. Featured will be creative bras – some cute, some hilarious – all colorful. It will be a great time for a great cause.

In July, 2016, we went on our Great Mollusk & Crustacean Hunt, feasting on incredibly delectable gifts from the North Atlantic: lobster, scallops, lobster, crab, lobster, whole belly clams, lobster, mussels, etc. Our travels took us along the Maine coast and to the Canadian Maritimes. We visited Acadia National Park and the once quaint town of Bar Harbor (it’s crowded). Situated on Main Street, Bar Harbor, is a lingerie store called – what else – Bra Harbor.

A Final Note on the Stronger Gender.

Women are not only caring, generous souls, but frequently fill the role of benefactress to the males, especially to those wimpy, weasel-like guys in their lives. In a recent Boston Globe article on gender equality in the workplace, including the historic and long established male-dominated views on the subject, the authors wrote: Even Henry David Thoreau, that paragon of masculine independence and self-reliance, had his mother do his laundry. Jeff was awarded First Place in the drawing category.

“So I must say I am very honored to have won First Place in the Drawing category of our Bay West student art show. My “Selfie” has been purchased by the school and will hang forever more in the halls of Bay West”

Art is truly, universally found all around our world, in every imaginable place, on every continent. Here in Borderland, our newest gallery is located at Frame U.P. & Art Supplies at 809 Carpenter Ave. in Iron Mountain (in the Hairlines Building). Karen Kunesh, a long-time employee of Stevens Decorating & Framing, purchased the business from Joe Stevens this year and moved the store a few blocks away. With considerably more space, she added a gallery. The exhibits include works of around a dozen local and regional artists, many of whom are Borderland Arts members. Additionally, there are regular creative classes at Frame U.P; some students’ art works are also exhibited in the gallery. 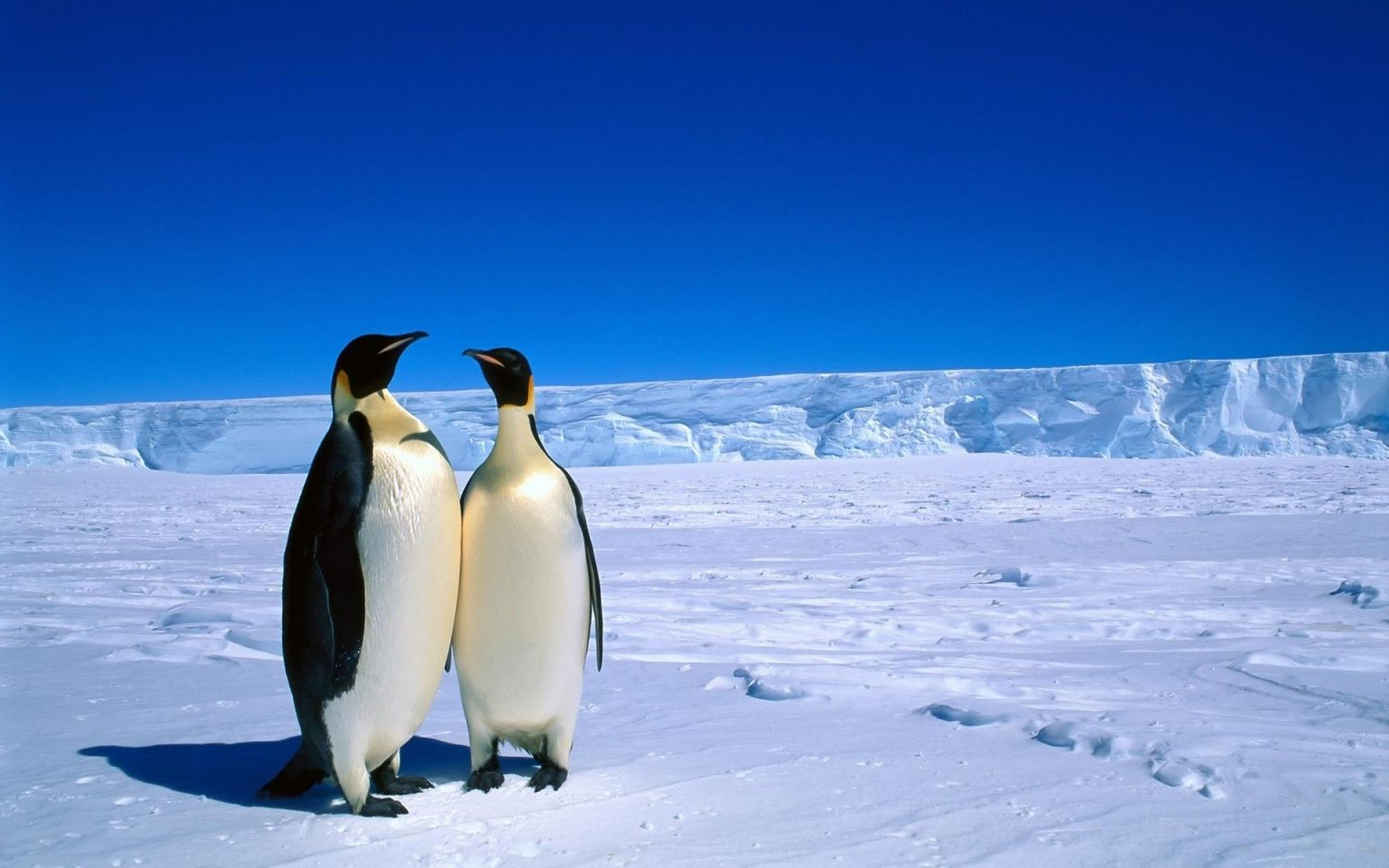 Now, I can hear some readers murmuring – with righteous indignation – something like “You said art is on every continent. Antarctica is an uninhabited continent. So there.”
Well, you may be surprised to learn that one of the biggest events in contemporary art will be taking place on that sprawling, frozen wasteland unpopulated by humans that we know as the seventh continent, Antarctica. The viewing audience will be limited for sure, but there are research stations and other scientific facilities whose employees will welcome the 2016 Antarctic Biennale. Initiated by a curator from Venice and Russian artist Alexander Ponomarev, the show will be held aboard research ships. Over 100 artists are expected to display environmentally friendly pieces that are portable and stand up to the harsh weather conditions. At each stop, artists will make and display objects, installations and performances. This show is planned to take place every two years with the aim to present itself as a “floating laboratory of ideas about humanity”.